2004 saw the beginning of BSR's collaboration with Koenigsegg Automotive, developing the engine of the CC8S model. After extensive work the engine’s power output reached 488kw at 6700rpm. This set the world record for the power output of a production car engine. The enormous power output causes some problems, as it had to be measured according to European Economic Community regulations. The problem was finding an engine dyno capable of handling the power. BSR got hold of a Land & Sea engine dynamometer that can measure up to 1600Hp (1193kw). The output test is carried out under rigorous conditions, with an independent Spanish test institute INTA supervising.
Original Promo - youtu.be/liV2RVJFnbc 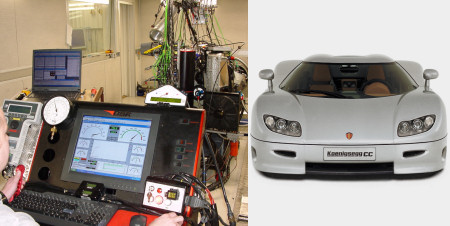 Supercar buyers demand ever higher power outputs from car makers, Ferrari had recently released its new Enzo with similar power output to the Koenigsegg CC8S, at 492kw. Koenigsegg founder, Christian von Koenigsegg feels the pressure and asks his engineers, together with those at BSR to again develop the most powerful production car engine ever produced. The result is Koenigsegg CCR with a 601kw output. No car manufacturer has ever succeeded in reaching such a high output and still pass strict European emission regulations. Among other factors, the result is reached by substantially reworking the intake system with dual superchargers. 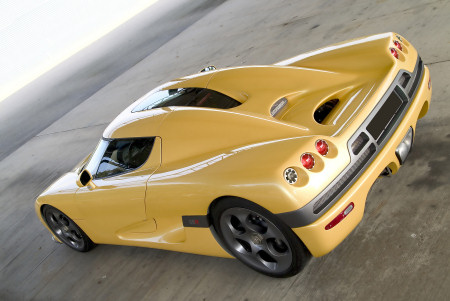 Koenigsegg decides to show the world what the new CCR is capable of, and in January Koenigsegg and BSR’s technicians arrive at Nardo in Italy. The standing world record achieved by the McLaren F1 of 386.7 kph was set on the dead straight 9 km VW Ehra facility in Wolfsburg Germany. Nardo Prototipo is a 12.5 km circular track and the steering wheel must be kept at around 30 degrees, quite a sharp corner at such speed. The turning motion of the car creates extra friction on it's tires. This extra friction uses horsepower that would otherwise produce a higher top speed. Will it be possible to break the present record on a power sapping circular track?
The whole test is supervised by BSR technician, Mikael Edstrand and after some minor adjustments, the CCR reaches the all important 388kph. The maximum speed is achieved at around 6790 rpm, not at the maximum hp level, which is at a higher rpm. The fact that previous record is broken while being driven in a constant turn, making the exercise and speed even more impressive. CCR Nardo Video - youtu.be/BySDovD8kSM 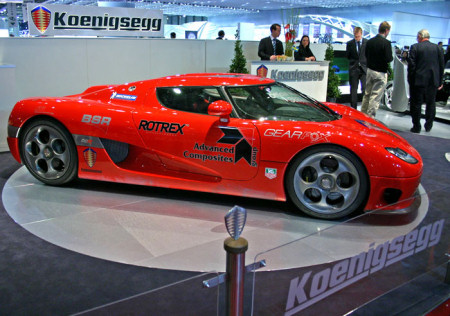